Hello, kind visitor, and welcome to our online platform. We’ve launched this publishing platform with the purpose of publishing direct experience-based books by Author R. Scott Lemriel. They are designed to assist the reader to be co-creatively involved in discovering deliberately hidden truth on a grand multidimensional scale and to awaken the much greater knowing of the expansive love within it. In general, this website exists for the betterment of humanity on Earth to come about in entirely unexpected new ways. We have two published books that do this and several more on the way, so you will find something of an uplifting benefit when you go on this grand adventure!

Hello, kind visitor, and welcome to our online platform. We’ve launched this publishing platform with the intention of publishing informative books that will lead to the betterment of mankind. We have multiple books (from different genres) so there’s a high chance you’ll find something tailored to your liking! 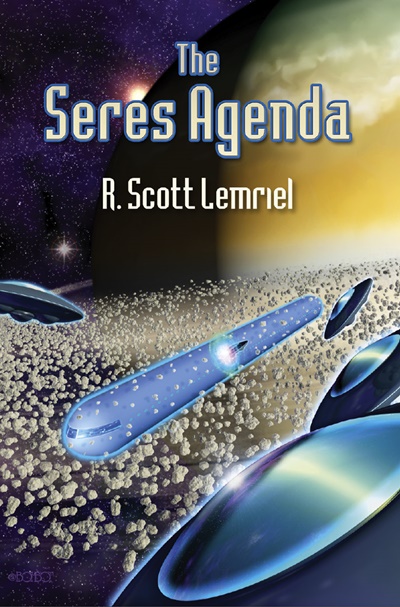 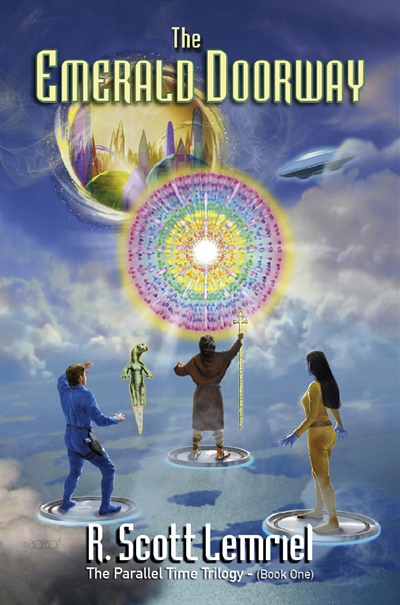 The critically acclaimed The Seres Agenda details plans about an impending event that will bring a profound and transformative change to society and how this galactic event will forever change life as we know it!. The final (i.e. the fifth) edition of the book includes special techniques added by the author that will help readers recall what was taken from them without their knowledge or consent. COMING IN THE NEAR FUTURE

Guardians of the Ancient builds upon the events discussed in The Emerald Doorway  (Three Mystic Crystals) - Book One of The Parallel Time Trilogy series)! Join our beloved characters Captain Kalem, Mayleena, Etta and Master Ra Mu,  as they embark on continue their precarious enlightening journey to stop Sen Dar from dominating all life and destroying the Earth in the process. This further excursion into revealed hidden truth will further assist the reader to awaken and grasp the extent of their own true hidden potential as they journey into...

GUARDIANS OF THE ANCIENT ONE COMING IN THE NEAR FUTURE

JOURNEY TO THE CENTER

This is the fast-paced third epic adventure that secretly revolves around present day Earth. The trust and reliance of Kalem, Mayleena, Etta, and his Dren wife Din upon the true Spirit Sound and Light coming from the highest realm of The Ancient One beyond the physical worlds, and their bonds of loving friendship are all that stands between their survival or complete destruction by Sen Dar?s greatly increased powers. In the end his unexpected destiny is revealing on the other side of…

JOURNEY TO THE CENTER OF THE UNIVERSE

R. Scott Lemriel is a remarkable individual who has lived a uniquely extraordinary life. Known as the hidden truth revealing, direct experience-based researcher, book and screenplay author, and international speaker by profession, Mr. Lemriel had his first Out Of Body Experience at the age of 3 – an experience that completely changed his life forever.

This encounter continued into many more expansive direct experiences, which eventually led him to fully realize that he had initially been sent to planet Earth years ago by benevolent extraterrestrial human and humanoid beings, who wanted to offer Earth’s leaders a solution to bring about a positive and uplifting change to our planet instead of its looming destruction. However, on his way to Earth before he could complete the mission, his ship was intercepted by off-world tyrants, who learned of his secret travel plans and he was captured, then restricted (with no former memory) to the confines of the physical body he now operates to be present on planet Earth today. As it turns out, the unexpected recovery of his formerly suppressed awareness, while living on this planet, resulted in what is now underway for the first time off-world and behind the scenes to transform this world. What is unfolding now, that cannot be reversed, is moving forward for the unexpected uplifting benefit of all fellow human beings and all life.

To put this another way, over many decades of unremitting effort and exploration into deliberately hidden truth, R. Scott Lemriel uncovered what had been suppressed in the artificially created subconscious mind. He has since made it his life’s mission to unmask for the uplifting benefit of fellow human beings the hidden or deliberately suppressed truth about a far more ancient Earth and Galactic history, as well as what is now underway to bring about an entirely unexpected, uplifting worldwide transformation for the first time in the entire history of the grand multi-dimensional creation. As the experience-based hidden truth revealing researcher, Mr. Lemriel created numerous forms of media to detail and document the real inter-galactic history and the far, far more ancient origins of human life that never originally evolved on planet Earth. In addition to being a celebrated author known worldwide, he also composed and produced numerous musical compositions, delivered keynote presentations at multiple international and domestic conferences, made guest appearances at countless radio and TV shows, and is also currently in the middle of bringing Parallel Time – The Short Movie to life. Following this enlightening commercially bridged event, his more expansive developed projects are mapped out that begin by going into production development of The Parallel Time Trilogy series feature films - based on the book trilogy by the same name. The Emerald Doorway (Three Mystic Crystals), book one of this trilogy, is now published.

More detailed information about R. Scott Lemriel can be found by visiting ParallelTime.com.